The Science of Writing Characters is a comprehensive handbook to help writers create compelling and psychologically-credible characters that come to life on the page. Drawing on the latest psychological theory and research, ranging from personality theory to evolutionary science, the book equips screenwriters and novelists with all the techniques they need to build complex, dimensional characters from the bottom up. Writers learn how to create rounded characters using the 'Big Five' dimensions of personality and then are shown how these personality traits shape action, relationships and dialogue.
BUY BOOK 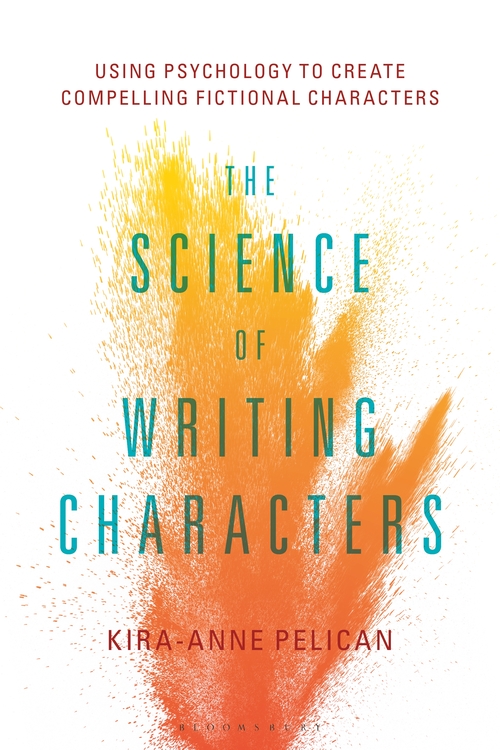 “The Science of Writing Characters is a godsend for those who wish to write cogent, exciting and distinctive screenplays. Most discussions of the craft focus on “plot points” and other such structural elements; comparatively few discuss character in any depth. Yet drama is at its essence an instrument with which a writer investigates the inner life of human beings, so this new book fills an important gap. Ms. Pelican does not present any kind of formula for creating character; instead, her book is a mind-opening tool chest for further investigation into the nature of humanity, a process that for a good writer never ends.”

“For every film-goer or TV viewer who has thought, "I could write a better script than this", Dr. Pelican shows them how to make their ideas real, attention-grabbing and above all truthful. The Science of Writing Characters is exactly the book we need now.”

“No one I know has blended science with creativity like Kira-Anne Pelican. Any writer who ignores her research and fails to heed her advice risks being left in the distribution wilderness.”

“An excellent guide to what you can do to help your imagination create powerful, memorable and emotionally engaging characters. ”

“Dr. Kira-Anne Pelican expands the scope and arena of the art and craft of screenwriting by delving more deeply into the psychology of characters. She is knowledgeable, insightful, clear, supportive of the writer, and welcomes the writer to embrace this method of deepening the craft. ”